Dadaab, Kenya (CNN) -- More than 10 million people are in need of food aid in the Horn of Africa and most of them are in Somalia. But for those who leave Somalia for Kenya's refugee camps, life may not be much better.

Outside the Dadaab refugee camps in Kenya's North Eastern province, Aden Ibrahim carries the limp body of his daughter Sarah.

Sarah was just four. She drew her last breath at dawn.

A group of men join Ibrahim in facing Mecca to pray for her soul, before wrapping her in a white sheet and burying her.

Sarah's uncle Ibrahim Hassan Mohammed says that they fled to Kenya from Somalia hoping for better. 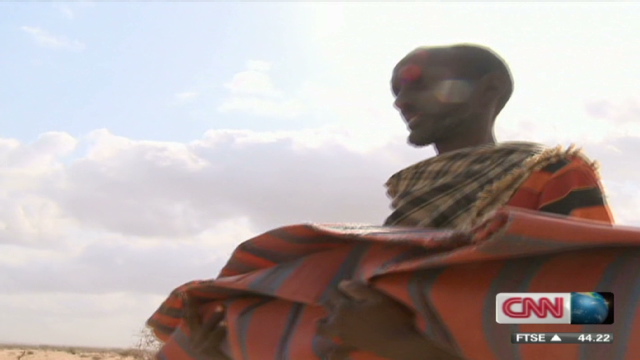 No respite for refugees facing famine 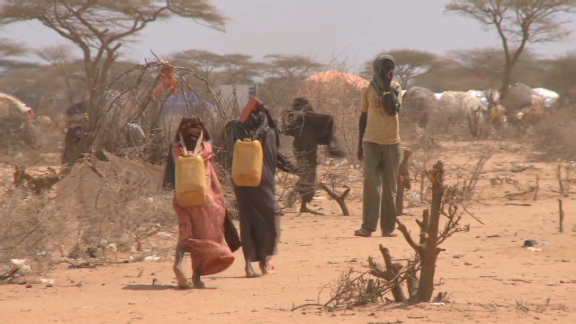 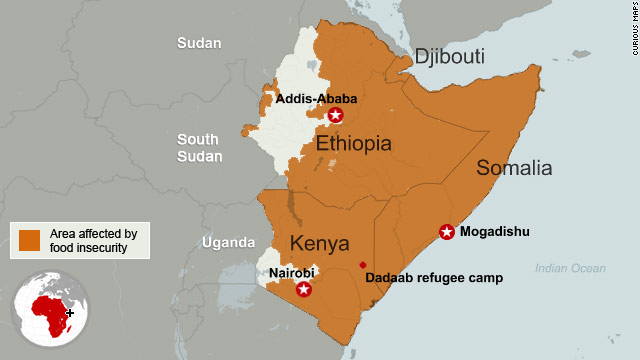 His family arrived in June, tired and hungry, but Ibrahim says they were forced to beg for food for two weeks.

Sarah was malnourished and sick. Her family took her to a health point in the nearest camp but it didn't help.

They were referred to the nearest hospital, run by Doctors Without Borders, but they missed the NGO vehicle that periodically takes people there and a ride would have cost just over a dollar. It's more than any of the new refugees could afford. They literally have nothing.

"If the child could have been taken to hospital, and been given some medicine to help her, she could have maybe survived," adds Mohammed.

Respiratory infections are rife at this settlement. There is no water point -- the closest is in the nearest camp --- and no sanitation services.

Our children are dying because of hunger. We need water, we need a hospital, they mustn't forget us.
--Ibrahim Hassan Mohammed , Somali refugee
There are no schools and no food distribution in this area. Some people are in shelters that don't even have roofs of sheeting, just a few twigs.

Now Ibrahim worries that he could lose another child. His daughter Deka is dangerously thin.

"I don't regret leaving Somalia," he adds, "but if it becomes worse now then I might be not so sure."

Mohammed is angry that aid agencies are not doing more to help them. "I appeal to the world to help us," he says. "Our children are dying because of hunger. We need water, we need a hospital, they mustn't forget us."

Just outside the settlement, the dusty wasteland where Sarah is buried is known as "Bola Bagti." It means "carcass" -- it's where people leave their animals to die. Maribou storks roam among the animal bones that lay on the ground.

"The people who helped me bury her are new arrivals," says Ibrahim. "They are hungry ... this early in the morning they went there to dig at that place, but I couldn't give them any food to eat."

But he says they protected Sarah's body well. They heaped a mound of sand on top of her shallow grave and then gathered thorn bushes and thorn-tree branches. "The hyenas won't be able to reach her," says Ibrahim. "She is already in paradise."